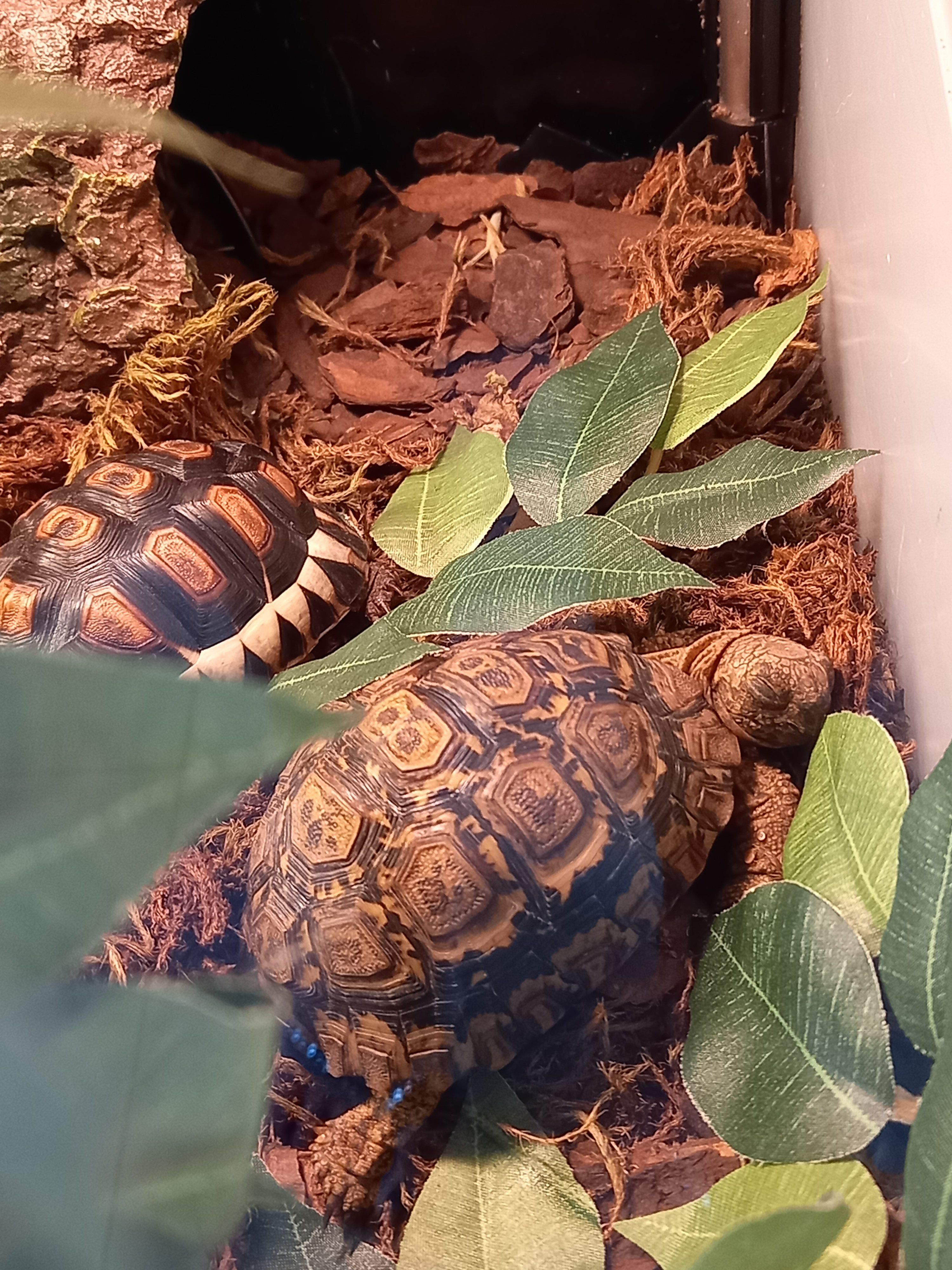 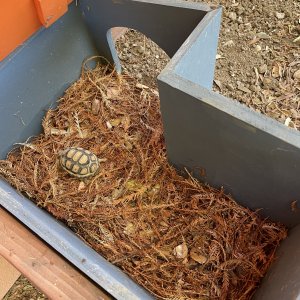 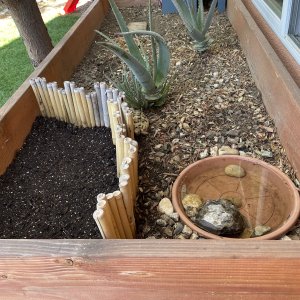 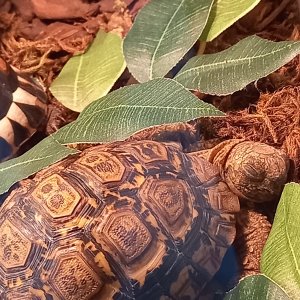 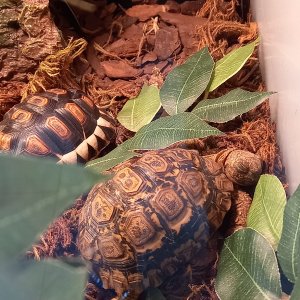 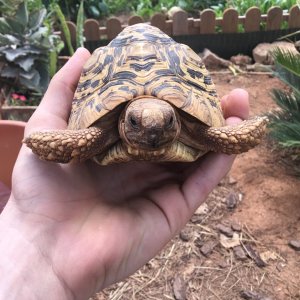 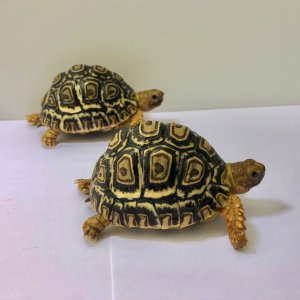 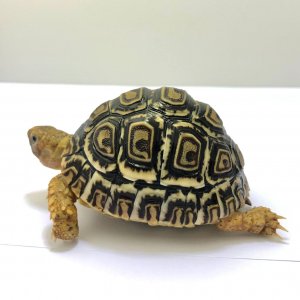 Baby leopard tortoise basking under a full spectrum lamp
Click to expand...
Reactions: Ray--Opo
Very cute! But... Leopard tortoise and Marginated tortoises have very different care requirements and shouldn't be kept together ...
Thanks for the feedback, I appreciate it. The baby leopard was a rescue and was put in my current nursery as I only have the one, would you be able to give me more advice?

Tarryn said:
Thanks for the feedback, I appreciate it. The baby leopard was a rescue and was put in my current nursery as I only have the one, would you be able to give me more advice?
Click to expand...

If you look in the forum section about leopard tortoises, you'll find @Tom wrote an excellent care sheet there. https://www.tortoiseforum.org/threa...se-a-sulcata-leopard-or-star-tortoise.181503/

It has all the info in it you will need.
The leopard tortoise looks pretty good for being a rescue. Make sure you provide lots of humidity so it can continue growing smoothly.

Normally when one gets a new tortoise, especially if it comes out of a sub par setting, you always want to quarantine for at least 6 months or even a year. This means separate setups in different rooms with no equipment overlap. Always feeding/tending the tortoise first that you have had longer, then the new one. Washing hands after tending the nrw tortoise, and I actually also wait 30 mins after that before even going near the tortoises I've had for longer.
You don't want to risk giving your first tortoise parasites or mycoplasma or herpes, which the new tortoise may have without showing symptoms. Getting the tortoise tested for those thingd by a vet is a good idea.
Species should NEVER be mixed and tortoises should never be kept in pairs. These guys each need their own enclosures ASAP.

In theory since these guys both come from the same climate and region, their care and set up should be the same, but I've had better results housing the Chersina like a temperate species, and the SA leopards like a tropical species. But here is what might be different: There are six clades of leopards in South Africa. Your SA leopard may be from a different population than mine. If you are near the Cape with the colder more damp weather, your leopard may do better with more temperate conditions than my SA leopards which I'm told originated from the Durban area, which has a very different climate than the Cape.

Here is the care info for the Chersina:

The Best Way To Raise Any Temperate Species Of Tortoise

I chose the title of this care sheet very carefully. Are there other ways to raise babies and care for adults? Yes. Yes there are, but those ways are not as good. What follows is the BEST way, according to 30 years of research and experimentation with hundreds of babies of many species. What is...

This above care sheet for temperate tortoises might also be best for YOUR particular leopard, but I wouldn't recommend it to most keepers of leopard tortoises in most parts of the world because they don't have the same type of leopard as you from the same region as you.
Thanks for the info, very insightful and appreciated. I will separate them ASAP.

Flash
Off, did not fire