Oh great and all-knowing Admins, please feel free to move this to the best spot if this one is wrong. ? 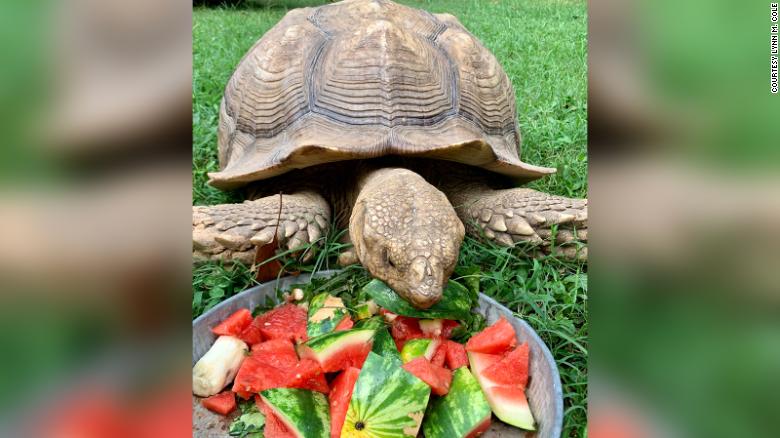 Solomon enjoys a bowl of his favorite foods upon his return home after being missing for 74 days.
(CNN)Solomon the tortoise went on quite an adventure during an unplanned summer vacation, even though he didn't go far from home.

The 150-pound Sulcata tortoise managed to escape from his home in Ashland City, Tennessee, on June 8 and roamed around for 74 days, owner Lynn Cole told CNN.
She's had the 15-year-old tortoise since he was a hatchling the size of a ping-pong ball. He's now about 36 inches long and is still growing. Also known as the African spurred tortoise, they can live for more than 100 years.

Cole put up signs and hundreds of fliers and posted Solomon's pictures all over social media in hope that someone would find him. She reached out to zoos and animal rescue groups in the Nashville area with no luck.

Sulcata tortoises are found in North Africa along the southern edge of the Sahara Desert.

Solomon has a heated enclosure at home, and Cole was worried he wouldn't survive once the weather gets colder.

"If you knew the number of searches that were launched by ourselves, and other community groups and individuals," she said. "He just eluded our ability to spot him."

On Thursday Cole got a call from a man who said he saw Solomon at a home construction site just an eighth of a mile from her house.

She and her husband rushed to bring Solomon home.

The tortoise was tired, hungry and caked in mud, but seems to be in good health after his odyssey. He's a vegetarian and was able to eat grass, dandelions and other flowers while he was away.

She said she is taking him to the vet on Monday to be sure he's OK and is watching him like a hawk until then.

Cole said she gave Solomon a big bowl of his favorite foods once he got home, including collard greens, broccoli, cauliflower and watermelon rinds along with some bananas and carrots.

Cole isn't sure how Solomon got loose, but they've reinforced his area to keep it from happening again. She's talked to the Nashville Zoo and a local rescue group about fitting Solomon with GPS in case he does take off again.

For now, it seems that Solomon's wandering days are behind him.

"People are surprised to know that he's very attached to his humans and he's very happy to be home," she said. 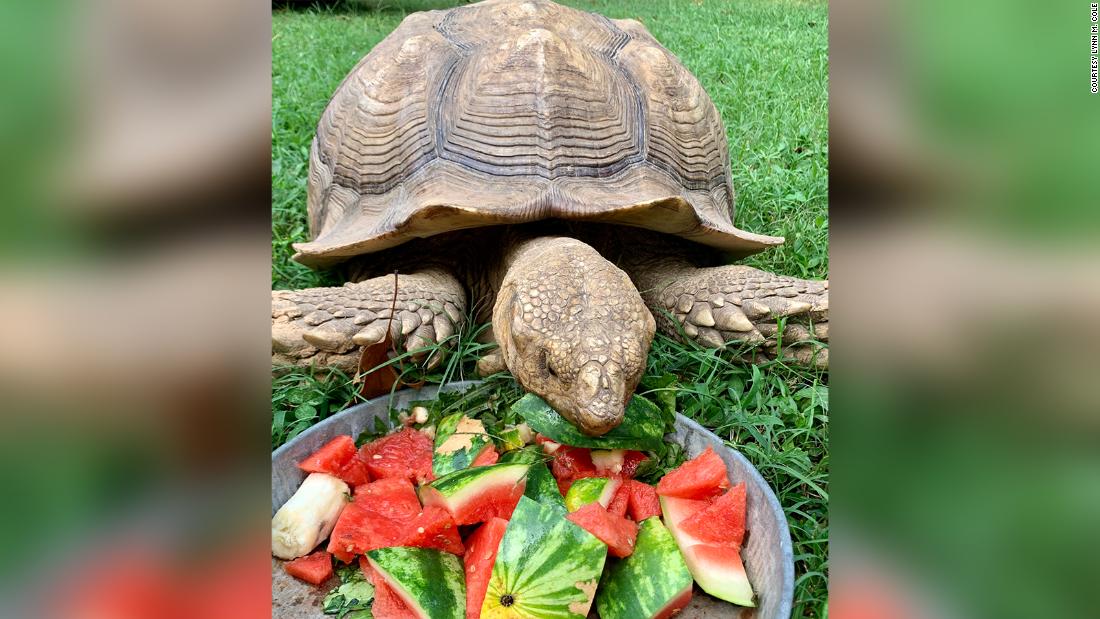 Solomon the tortoise went on quite an adventure during an unplanned summer vacation, even though he didn't go far from home.

www.cnn.com
You must log in or register to reply here.

Tortoise breaks down fence and escapes