A giant tortoise in the Galápagos Islands that was thought to have gone extinct over a century ago just came out of hiding.

Researchers discovered the female tortoise on the Galápagos' Fernandina Island during a joint expedition carried out by the Galápagos National Park Directorate and the Galápagos Conservancy in 2019, according to a statement. They nicknamed her "Fernanda."

At the time, the team "was confident" that the lone tortoise was the "lost" Fernandina Giant Tortoise (Chelonoidis phantasticus), a species native to the island that was thought extinct for 112 years due to eruptions of the Fernandina Volcano, according to the statement. But to confirm, they sent blood samples to geneticists at Yale University.

The team at Yale compared this tortoise's genes to those of the only other tortoise that scientists have found on Fernandina Island, a male Chelonoidis phantasticus discovered in 1906. The Yale team confirmed that the two were closely related and that Fernanda was indeed the same species.

"One of the greatest mysteries in [the] Galápagos has been the Fernandina Island Giant Tortoise. Rediscovering this lost species may have occurred just in the nick of time to save it," Dr. James Gibbs, vice president of Science and Conservation at the Galápagos Conservancy and tortoise expert at the State University of New York, said in the statement. "We now urgently need to complete the search of the island to find other tortoises."

The researchers are hoping to avoid what happened to the famous Lonesome George, a tortoise that was the last of another species called the Pinta Island tortoise (Chelonoidis abingdoni). He died in June 2012, at around 100 years old, bringing the end of his species despite breeding efforts, Live Science previously reported.

"We desperately want to avoid the fate of Lonesome George," Danny Rueda Córdova, the director of the Galápagos National Park Directorate, said in the statement. "My team from the Park and Galápagos Conservancy are planning a series of major expeditions to return to Fernandina Island to search for additional tortoises beginning this September."

Scientists discovered traces of at least two other tortoises that may be from Fernanda's species on the Fernandina Volcano during the expedition.

If they find a male giant tortoise of the same species, the team will attempt to unite him with Fernanda at the Galápagos National Park's Giant Tortoise Breeding Center in Santa Cruz and encourage their breeding; if successful, conservationists would raise the young in captivity and then bring them back to Fernandina.

The number of giant tortoises on the Galápagos Islands significantly declined in the 19th century due to exploitation by whalers and buccaneers, according to a statement.

There's a picture of her at the link below: 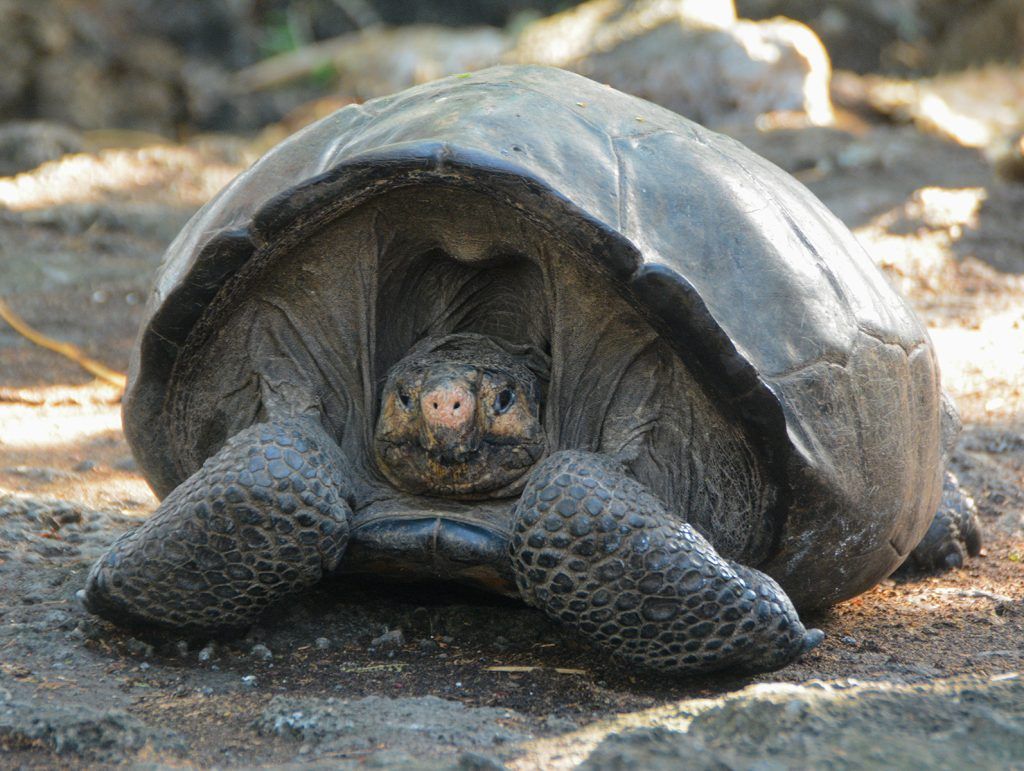 Her nickname is "Fernanda."

I was reading this article online the other day... how fantastic is that!

TheTattooedTortoise said:
I was reading this article online the other day... how fantastic is that!
Click to expand... 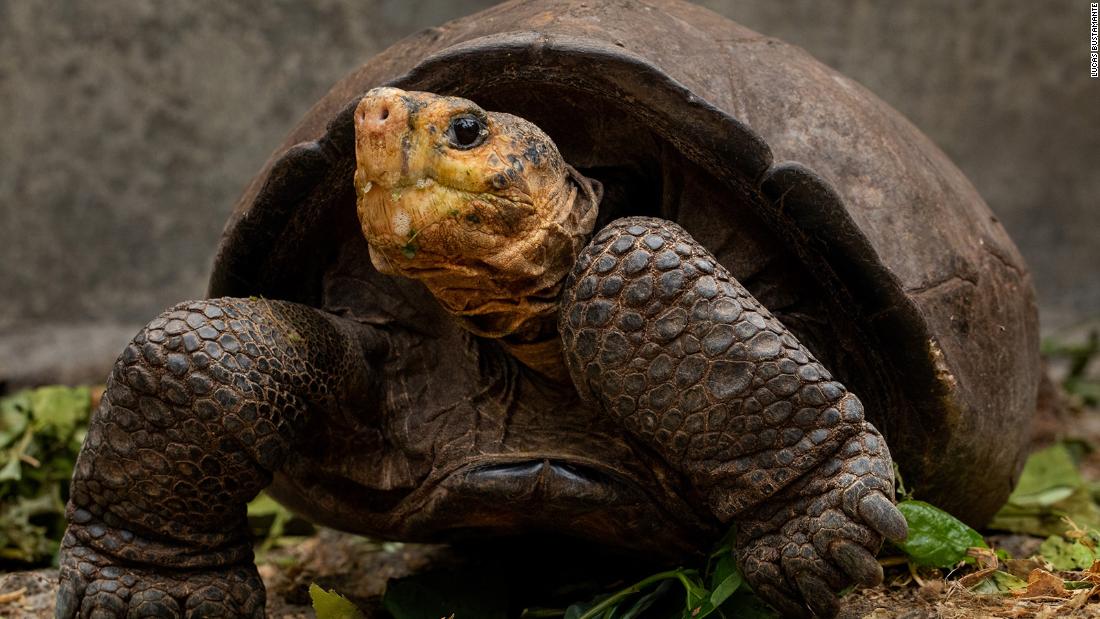 Fernanda is a lone small female tortoise who was spotted on Fernandina Island in 2019. She's a member of a species once thought to be extinct in the Galapagos Islands, a new genetic study has revealed.

‘Extinct’ Giant Tortoise Was Just Chilling on an Island

A DNA analysis of a tortoise named Fernanda confirms she is closely related to an animal last spotted in the wild in 1906.
gizmodo.com

Fernanda is a lone small female tortoise who was spotted on Fernandina Island in 2019. She's a member of a species once thought to be extinct in the Galapagos Islands, a new genetic study has revealed.

‘Extinct’ Giant Tortoise Was Just Chilling on an Island

A DNA analysis of a tortoise named Fernanda confirms she is closely related to an animal last spotted in the wild in 1906.
gizmodo.com
Click to expand...

Links to the scientific paper as well:

The highly anticipated scientific paper just published in the journal Communications Biology by a multinational group of scientists, including Galápagos Conservancy’s Vice President of Science and Conservation Dr. James Gibbs and General Director Washington Tapia, confirms that Fernanda, the... 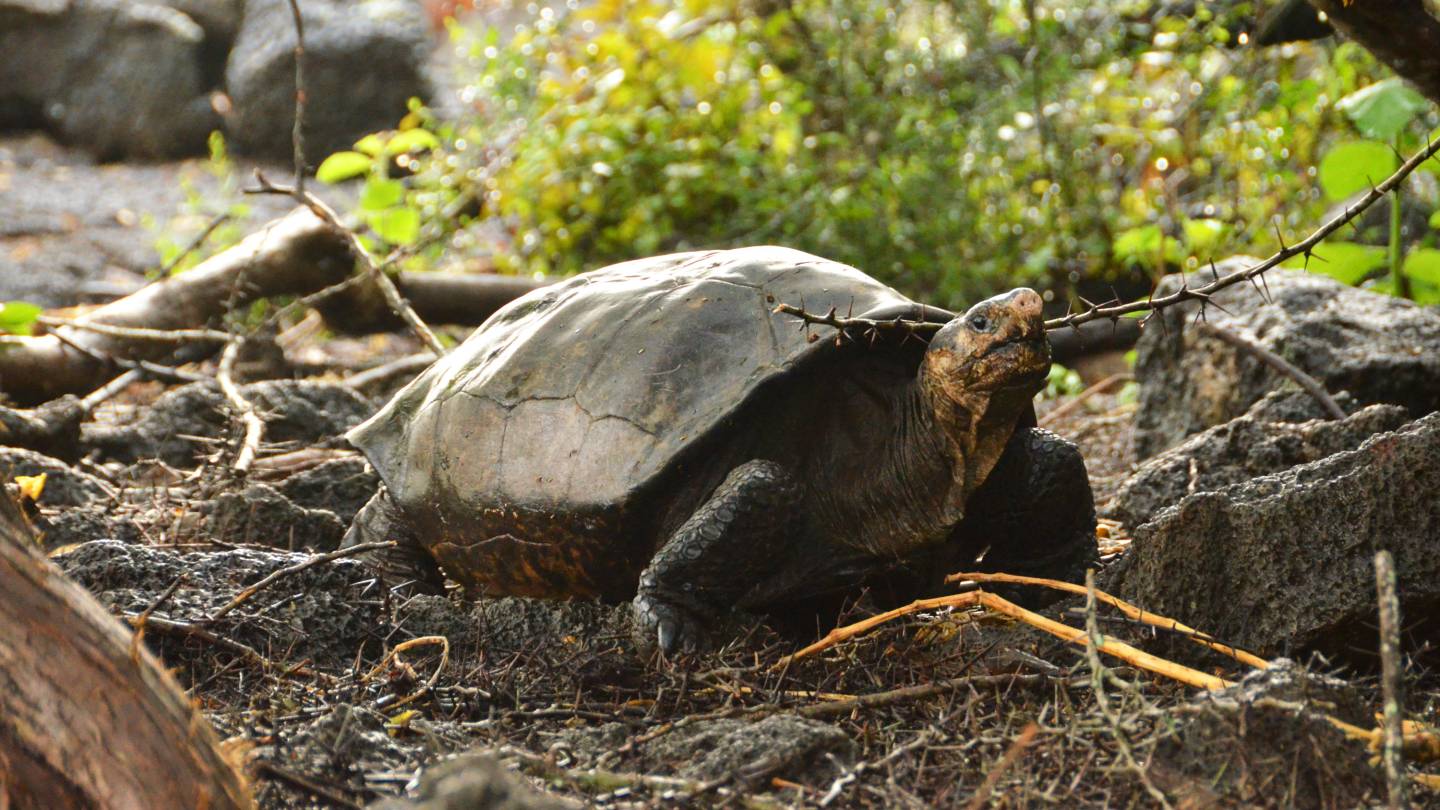 A tortoise from a Galápagos species long believed extinct has been found alive and now confirmed to be a member of the species. Fernanda, named after her Fernandina Island home, is the first of her species identified in more than a century.

This is so wonderful and so sad at the same time.
You must log in or register to reply here.

The science of giant tortoise flips

Walking in the footsteps of Galápagos giants: Wild tortoises in Google Maps