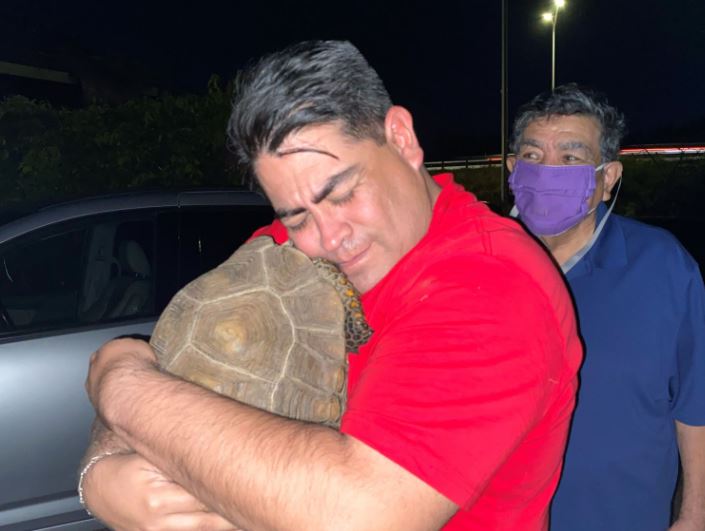 
Former San Marcos, Texas Mayor Daniel Guerrero was a "blubbering mess" when he learned his 25-pound South American tortoise was found more than month after he went missing​ 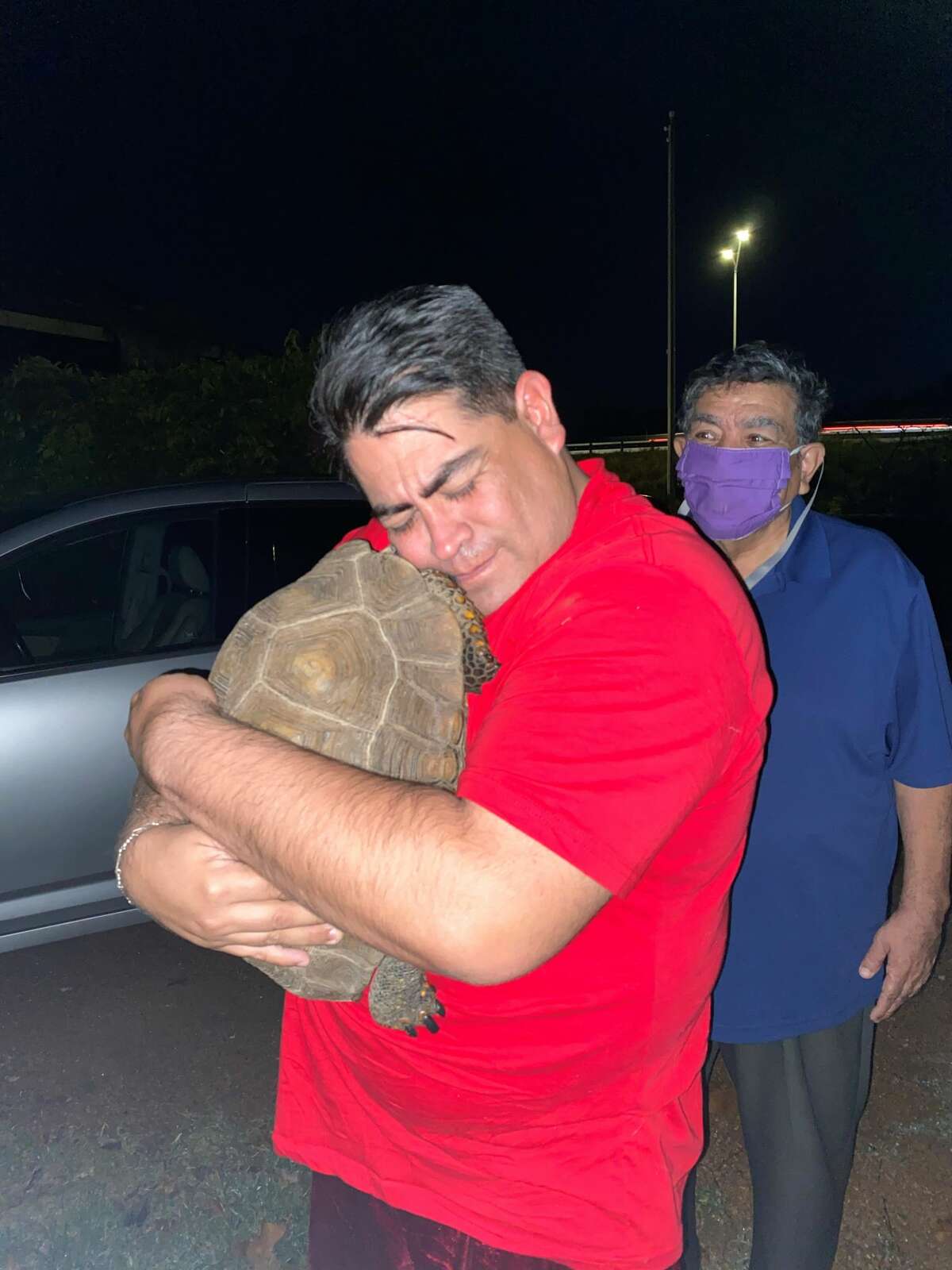 There's no greater feeling than reuniting with your missing pet. Former San Marcos Mayor Daniel Guerrero was a "blubbering mess" when he learned his 25-pound South American tortoise was found on December 3, more than month after he went missing.

Diego was on the lose for 38 days after the reptile wandered out of his backyard, according to Guerrero's Instagram. Guerrero believed a passing motorist picked him up.

Guerrero, who served as mayor from 2010 to 2016, exhausted all options when his tortoise went missing, including offering a $1,000 cash reward to anyone who brought him back home. He asked his followers to be on the lookout, emphasizing that Diego wouldn't survive if placed in the river.
"He won't survive the next cold front if he is not found and returned home soon," Guerrero wrote in his post on October 27.

After looking for more than a month, local river activist Ben Kvanli saw Diego walking on his riverside property. Kvanli, who Guerrero described as "the eyes and ears of the river," spotted the familiar face and shell after a group of stray cats drew his attention, according to the former mayor's Facebook post.

Kvanli helped the two reunite on December 3 and told the San Antonio Express-News it was like a "military guy surprising his kid at Christmas."

Guerrero wrote Diego is doing well as of December 4. He noted he was dehydrated, excited, hyperactive, and a bit dirty but healthy and happy to be home. Guerrero added he will be visiting the veterinarian soon.

Nice story.
The article says it's a Yellowfoot tortoise.
The carapace and legs look more Redfoot.
Curious.
You must log in or register to reply here.

Tortoise with cracked shell gets $4,000 repair

Anyone see the Rose Parade?